There has been a great deal of controversy surrounding the all 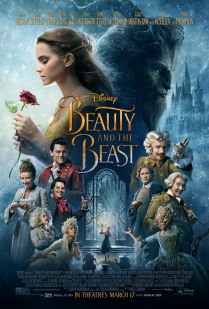 eged “gay moment” in the upcoming release of the live action version of Beauty and the Beast. EXPLICIT! said The Telegraph. EXCLUSIVE! said The Guardian. DISNEY’S FIRST GAY CHARACTER! Even the Russians are upset (now we know it must be bad).

Amidst all this controversy, many Christians have decided to boycott the remake of an otherwise beloved classic. From cancelling their trips to Disney World, to signing petitions, to even banning the movie from a theater entirely–Christians everywhere are joining prominent leaders like Franklin Graham in their call to protest Beauty and the Beast.

There’s just one problem with all of the hype around this movie: This isn’t the first time Disney has inserted gay characters. In fact, one of the most popular Disney movies of all time turned its entire plot and main character into a gay metaphor, seeking to normalize the gay lifestyle and romanticize the process of “coming out” all within a children’s movie. Which obscure film would dare to contain this kind of message? FROZEN.

That’s right, folks! This wildly popular film–particularly among Christians–was a gay metaphor from start to finish. From the main character (Elsa) kept locked away in her “closet” for much of her childhood, to her sudden “coming out” and rejection by society, even to the final phrase “true love” which melted even the coldest heart that stood against Elsa’s acceptance into society.

Christians never boycotted Frozen–in fact, they celebrated it! I’ve even sat in church services in which Frozen was used AS THE SERMON ILLUSTRATION. The idea that Christians are now taking some kind of moral stand against the evil messaging behind Beauty and the Beast, is laughable in the face of the gay metaphor that many unwittingly celebrated when Frozen was released in 2013.

Now if you’re about to delete “Let It Go” from your iTunes over this, please wait. There is this notion that simply because the intent behind the production or messaging of a movie was bad, that must therefore make the product itself bad. This is simply not the case. There is no possible way that Christians can ever boycott every movie or every song or every message that does not promote Christian values. This is why I am going to go see Beauty and the Beast just as I went to see Frozen–not because I support or promote gay marriage or the gay lifestyle, but because my life cannot be ruled by the intentions of others. The only intentions anybody can control are their own; so I intend to see this movie, speak out about any minor negative aspects, and overall enjoy the film.