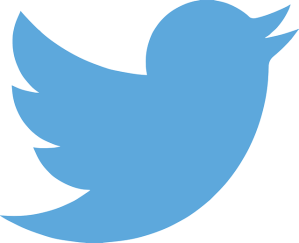 That’s right. If you are a nobody like myself that wants followers you are going to have to do the legwork of actively following other people. This can be slow going at first due to Twitter’s various restrictions on fledgling accounts, but with a little dose of patience and a knack for finding good followers you will start to see that uptick in your follower number that you so desperately desire.

Especially at the beginning of your Twitter life, following people back is a must. Unless you are a celebrity already, people are more likely to unfollow you if you do not follow back within a reasonable amount of time. Conclusion: if you want your followers to stay, following them back gives them a good reason.

Once your Twitter site exceeds a certain size (generally happens post 10k) you’ll realize it’s impossible to follow everybody back and the requirement of doing so will subside. However, even at my almost 100k I still make an effort to follow people back, particularly those who interact with me in my mentions or in hashtags.

Responding to people that mention you is a great way to build up an active following. Using the quote tweet method is my new favorite way of doing this, especially if I’m responding to something particularly clever.

Even people that write nasty or stupid things to you are often times worth responding to. Again, this is why I love the quote tweet methods since you can use Andrew Breitbart’s retweet the hate doctrine to expose it in addition to responding with your own comment for all to see.

Find people that posts things you like and retweet them! Trust me, they’ll notice and appreciate it oftentimes to the point of giving you a followback or a retweet in return. Retweet unto others as you would have them retweet unto you.

Talk to people! Seek good ideas out and comment on them! You make far more connections by actually participating in the public forum that is Twitter, rather than sitting in your secure little safe space waiting for people to talk to you.

You’re not alone on Twitter. Contrary to spambot belief, I don’t care about your stupid save the hedgehog posts or weight loss secrets. Your posts should have as much benefit for others as they do for yourself. If you send me stuff that has lots of spammy, cussword filled content, I have no problem with blocking you. Therefore, if you don’t want to be treated like a bot, don’t act like one.